Future Earth is looking for an outstanding Executive Director to provide strong leadership and guide the implementation of Future Earth’s broad and ambitious vision and scientific strategy. The successful candidate will be effective in further raising the visibility and value of Future Earth, and attracting funding for this implementation. END_OF_DOCUMENT_TOKEN_TO_BE_REPLACED

New members will be appointed on December 1, 2016, and should be present at the next Engagement/Science Committee meeting in Montreal, Canada during the week of March 20, 2017.

The Future Earth–Global Programme of Research on Climate Change Vulnerability, Impacts and Adaptation (PROVIA)–IPCC scientific workshop will take place in Stockholm, Sweden from 29-31 August 2016. It will bring together 70 international researchers from across the scope of all three Working Groups of the Intergovernmental Panel on Climate Change (IPCC). The workshop is co-sponsored by IPCC. It is jointly hosted by the Future Earth Hub in Sweden and the Stockholm Resilience Centre with financial support from the IPCC, MISTRA and Stockholm Business Region. END_OF_DOCUMENT_TOKEN_TO_BE_REPLACED

The UGEC Symposium: A Decade of Urbanization and Global Environmental Change is now on YouTube!

You can also watch other UGEC videos, including the panel session from our 2014 Conference on our YouTube Channel: The Urbanization and Global Environmental Change Project 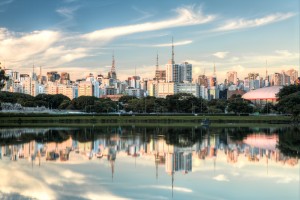 The Initial Design document of the Future Earth Urban Platform (FEUP) is complete and available for download.  It is a product of the Livable Urban Futures cluster/fast track initiative activity, a partnership between UGEC and the Stockholm Resilience Centre, and funded by Future Earth.  The document provides detail on a urban research platform within Future Earth and was co-designed by members of the FEUP core group along with participants at our scoping meeting at The National Centre for Atmospheric Research in Boulder, Colorado this past March.

The Future Earth Secretariat has today released a call for proposals to establish Regional Offices for Future Earth in Africa.  This call follows the establishment of Future Earth Global Hubs and Regional Centres in many other regions of the world.

In light of the urgency of establishing a Future Earth presence in Africa, Regional Offices are intended to provide a foundation for the later creation of a Regional Centre for Africa at one of the offices.

The deadline for submission of proposals is October 28th 2015. 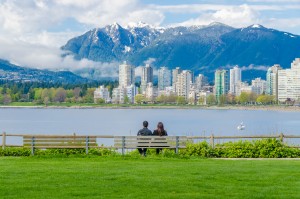 Recent years have seen a strong upsurge in participatory processes of citizen engagement. These processes serve multiple functions, ranging from the bottom to the top of Arnstein’s well-known ladder of citizen participation (Arnstein, 1969) but one useful typology is suggested by Stirling (2006; based on Fiorino, 1989; see also the discussion in Bendor et al., 2012), who describes three rationales for such processes: (i) normative (citizens have the right to participate); (ii) substantive (such participation improves the quality of decisions, and (iii) instrumental (it provides increased legitimacy for the eventual decisions).