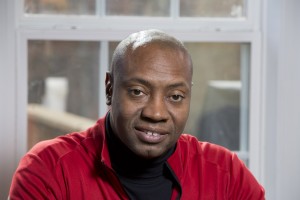 Dr. J. Marshall Shepherd is a leading international expert in weather and climate. Dr. Shepherd was the 2013 President of American Meteorological Society (AMS), the nation’s largest and oldest professional/science society in the atmospheric and related sciences.  He is only the 2nd African American to hold this post. Dr. Shepherd is Director of the University of Georgia’s (UGA) Atmospheric Sciences Program and Full Professor in the Department of Geography. He is the Georgia Athletic Association Distinguished Professor of Geography and Atmospheric Sciences.  Dr. Shepherd is also the host of The Weather Channel’s Sunday talk show Weather Geeks, a pioneering Sunday talk show on national television dedicated to science. He also is a Contributor to Forbes Magazine Online.  In 2014, Ted Turner and his Captain Planet Foundation honored Dr. Shepherd with its Protector of the Earth Award. Prior recipients include Erin Brockovich and former EPA Administrator Lisa Jackson. He is also the 2015 Recipient of the Florida State University’s Grad Made Good, Association of American Geographers (AAG) Media Achievement award and the UGA Franklin College of Arts and Sciences Sandy Beaver Award for Excellence in Teaching. In 2015, Dr. Shepherd was invited to moderate the White House Champions for Change event. Prior to UGA, Dr. Shepherd spent 12 years as a Research Meteorologist at NASA-Goddard Space Flight Center and was Deputy Project Scientist for the Global Precipitation Measurement (GPM) mission, a multi-national space mission that launched in 2014. President Bush honored him on May 4th 2004 at the White House with the Presidential Early Career Award for pioneering scientific research in weather and climate science.  Dr. Shepherd is a Fellow of the American Meteorological Society, and in 2014, he was asked to join the Board for Climate Central, a leading science and media non-profit organization. In 2014, Dr. Shepherd was invited to join the Partnership Council for Mothers and Others for Clean Air. Two national magazines, the AMS, and Florida State University have also recognized Dr. Shepherd for his significant contributions.

Dr. Shepherd is frequently sought as an expert on weather, climate, and remote sensing. He routinely appears on CBS Face The Nation, NOVA, The Today Show, CNN, Fox News, The Weather Channel and several others. His TedX Atlanta Talk on “Slaying Climate Zombies” is highly regarded and cited. Dr. Shepherd is also frequently asked to advise key leaders at NASA, the White House, Congress, Department of Defense, and officials from foreign countries. In February 2013, Dr. Shepherd briefed the U.S. Senate on climate change and extreme weather. He has also written several editorials for CNN, Washington Post, Atlanta Journal Constitution, and numerous other outlets and has been featured in Time Magazine, Popular Mechanics, and NPR Science Friday. He is also a contributing author to Ebony Magazine, and his essay on climate and jobs was featured in the 2014 National Urban League State of Black America Report. He has over 100 peer-reviewed or scholarly publications. NASA, National Science Foundation, Department of Energy, Defense Threat Reduction Agency, and U.S. Forest Service have funded his scholarly research. Dr. Shepherd was also instrumental in leading the effort for UGA to become the 78th member of the University Corporation for Atmospheric Research (UCAR), a significant milestone for UGA.