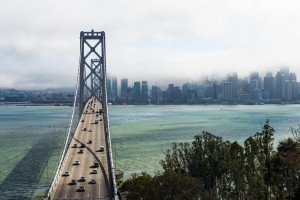 As humanity continues to urbanize, urban planners and city decision makers have an exciting opportunity to shape the environmental impact of new urbanites. There has been much research done on the potential of higher density, “smart growth”, “new urban”, and “transit-oriented” style development to reduce driving in cities (e.g., Cervero & Murakami, 2010;  Hankey & Marshall, 2010). There has also been considerable concern that the high cost of living in these neighborhoods could price out lower income households (e.g., Downs, 2005; Alexander & Tomalty, 2002).

The trade-off between urban housing and transportation costs is well-known (Alonso, 1964). In general, housing closer to the city center will be more expensive, but commuting and other transportation costs will be lower in those locations. In the simplest theoretical model of a monocentric city, these costs – including both money and time costs of transportation – exactly balance out.